A one page screenplay I wrote in honor of my older brother Stephen who is currently serving in the US armed forces. Happy Memorial Day One and All!


KATIE,(17) bundled up against the cold has her head buried in a book sitting at the edge of the sidewalk.


She taps her right shoe in time to an unheard tune.


Katie's eyes appear above the book.


Another girl stands in front of her. MJ (18). Katie smiles up at her friend. MJ doesn't smile back. She looks like she's been kicked straight in the gut. Katie's face falls. MJ hands over a note.


Katie lets the book slide into her lap and she takes the note.


We are very sorry to inform you that Staff Sgt. Stephen Eastin has been injured in the line of duty.


Katie's hand reaches out for MJ's but she shrugs it off and flops down next to her friend on the sidewalk curb.


MJ leans over and rests her head on her Katie's shoulder. She's fighting back tears.


Katie stares at the letter and then quietly takes it in two hands and starts folding it into intricate forms.


MJ glances over and pulls herself up off Katie's shoulder.


Katie finishes folding and hands the paper back to MJ.


MJ holds it up to the fading sunlight. Its shaped like a heart.


A weak smile slips onto her face. She and Katie share a knowing look and then embrace in a hug. MJ digs a pen out of her jacket and scribbles something on its exterior.


Katie pulls herself to her feet and offers MJ her hand. MJ takes it.


A pair of manly hands opens a sealed envelope. The paper heart slides out. On its surface it reads "I love you." 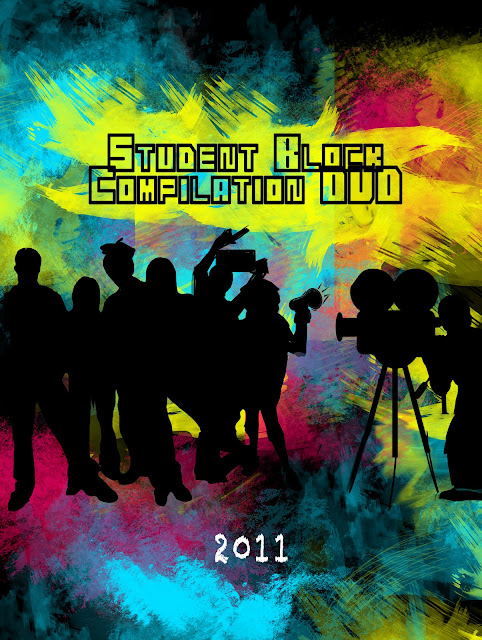 Check it out here!

Here's a never seen before look at one of the very earliest drafts of the FEATURE LENGTH version of THE SAVING script. For your eyes only.


INT.  LIVING ROOM - MORNING
Flop house in its prime.
The room is dark. Sunlight seeps underneath the cheap blinds.
Stale smoke lingers in the air.
Beer cans - TEENS DOWNING DRINKS
Cigarettes - A GIRL BLOWS A GAG WORTHY CLOUD OF SMOKE
Still smoldering pot joints - A BOY GRINS ALL MANIC
Plates of cardboard pizza.
THE SOUND OF A SOMEONE PUKING THEIR GUTS OUT OFF SCREEN
TRIPPED UP LAUGHING
Then, DEAD. QUIET.
Five teens are passed out stone cold, on flimsy couches,
plastic lawn chairs, and on the threadbare rug. All except
for one.
A girl sits at the edge of the couch, head in her hands. This
is SKYE MATTHEUS (16) skinny, ragged black hair, loose
fitting muted tone clothes. Urban hobo.
She finally looks up. Her dark eyes are glazed over. She
stares at nothing.
Skye reaches down underneath the couch and pulls out a
military issue style backpack. She stands to her feet, the
couch SQUEAKS painfully but the blond haired boy lying
sprawled out doesn't even twitch.
Skye slings the backpack over her shoulder and threads her
way through crowded living room. She doesn't look back.

A french press coffee maker murmurs on the granite counter
top. The coffee bag is dumped over on its side, beans all
over the place.

AN EMPTY BEACH - WAVES LAP THE SHORE
A set of strong fingers haphazardly scribbles away at a legal
notepad. The paper is almost completely filled up with
complicated math problems and random phrases.
PAIR OF JELLY SHOE SANDALS - A CHILDS TOES DIG INTO THE SAND
The hand lingers over the words "red and white and truth all
over."
The hands belong to PAUL CONNEL. The man is in his early 30s,
well built, sandy brown hair. His business clothes are
rumpled, he's fully dressed, red tie loosened around his
neck. Bachelor trainwreck. Dark circles under his eyes. Sleep
doesn't seem to be his friend.
Paul shakes his head and runs a hand through his hair. He
won't look up.
A pair of bare feet step onto the kitchen's threshold. Paul's
head whips up. SHELLEY MATTHEUS, mother of Skye. The DEAD
mother of Skye. She's right by his side. She mouths words in
his ear as if SCREAMING them, totally desperate, but NO SOUND
comes out.
Paul squeezes his eyes shut. Only his heavy BREATHING is
heard.
Finally he slowly opens his eyes. He's alone again.
He shakes his head and reaches for the small espresso mug on
the table. He goes to down it without checking to see if
there's anything left. There isn't.
He stares into the cup. Out of nowhere he grips it tightly
then HURLS it against the far wall. He throws like a baseball
pitcher. The mug SHATTERS.
Paul mumbles.
PAUL
We all just play. Play like we've got it all together.
He pulls himself to his feet like every bone in his body
aches.
A big old calico cat strolls into the kitchen and weaves
through Paul's legs, purring. Paul glances down. He smiles
but there's no spark behind it.
PAUL (CONT'D)
But really, we don't.
His eyes fall on the lopsided ceramic bowl on the tabletop,
filled with gleaming red apples.
PAUL (CONT'D)
And we're not very good at it.
Posted by MJ Slide at 7:15 PM 1 comment:

Thanks to Joe over at Screen Stockport you guys get access to an exclusive interview I did last month about my journey as a filmmaker and all things THE SAVING + deets on upcoming projects.

LINK TO VID
Posted by MJ Slide at 5:32 PM No comments:

NOTE: I'm linking you up instead of embedding because these vids are unlisted on youtube. Made just for you guys.

Pre-screening of THE SAVING, chilling before the lights dim: